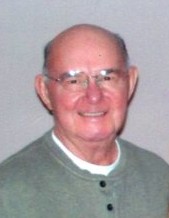 Ronald Herbert Essig, 85, of Clare, formerly of Bridgman, passed away on Monday, August 23, 2021 at Crown Pointe of Stevensville.

Services will be held on Monday, August 30, 2021 at 11 AM at St. Paul’s Lutheran Church, 2673 W. John Beers Rd. Stevensville. Friends may meet with the family from 10-11 AM on Monday, prior to the service. Memorial contributions may be made to Faith Lutheran Church, 2770 E. Townline Lake Road, Harrison, MI 48625. Online condolences accepted at www.PikeFH.com.

Ronald was born October 16, 1935 in Bridgman, the son of the late Herman and Esther (Nehring) Essig. On June 21, 1958 he married Janet Zilke and they shared 63 years together. Following high school graduation, Ronald joined the United States Army where he learned computer skills and data processing. He was a member of Faith Lutheran in Harrison, Michigan. Ronald was the data processing manager of Michigan Fruit Canners Association until his retirement. He loved his family, his church, and fishing. In his retirement, he enjoyed working at Duggan’s Canoe Livery in Temple.

To order memorial trees or send flowers to the family in memory of Ronald Essig, please visit our flower store.
Send a Sympathy Card