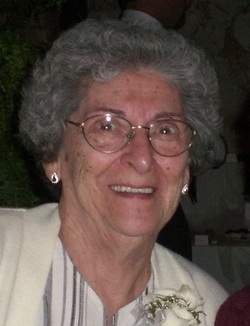 Funeral services will be held 11 AM, Saturday, April 29, 2017 at the Boyd Chapel of Pike Funeral and Cremation Services, 9191 Red Arrow Hwy., Bridgman with Reverend Christopher Noffke officiating. Friends may meet with the family on Saturday from 10 AM until the time of the service at the funeral home. Burial will be in Graceland Cemetery, Bridgman. As an expression of sympathy, memorial contributions may be given to Lest We Forget, 347 Ridgeway, St. Joseph, MI 49085.

Adeline was born December 15, 1923 in Galien the daughter of the late Carl and Christina (Bitter) Martin. On September 18, 1943 she married William Freehling and he preceded her in death on August 17, 2002. Adeline was a member of Zion United Church of Christ in Baroda. She had worked for various retailers in Bridgman including A & P, Ben Franklin, and Williams Pharmacy.

Adeline was also preceded in death by seven brother and sisters.


Memorial Donations Memorial donations can be made to:
Lest We Forget, 347 Ridgeway, St. Joseph, MI 49085

To order memorial trees or send flowers to the family in memory of Adeline Freehling, please visit our flower store.