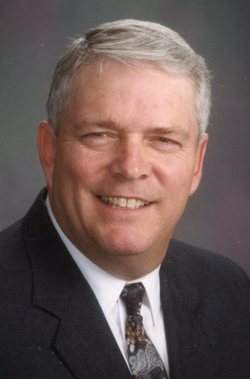 
Alfred E. Todd, 70, of Stevensville, Michigan passed away on Thursday, June 30, 2016 at Hanson Hospice Center in Stevensville. Cremation has taken place. An open house reception with the family will be held on Saturday, July 9, 2016 from 1 - 4 PM at the main terminal of the SW Michigan Regional Airport - KBEH, 1123 Territorial Road, Benton Harbor. Memorial contributions may be given to the family for a memorial to be determined.

Alfred was born on June 5, 1946 in Benton, Illinois to the late Alfred Sr. and Dorothy (Darnell) Todd. Al had an adventurous life. He graduated from Elston High School in Michigan City, IN and joined the US Air Force for 4 years. On March 22, 1969 he married Janet Bonfield. Al owned Twin City Fire Extinguisher for 20 years. He was a certified flight instructor and member of Experimental Aircraft Association Chapter 585. Al was a fulltime firefighter in Benton Harbor, and the fire chief of St. Joseph. Above all he loved riding his motorcycle and flying airplanes.

Alfred is survived by his wife of 47 years: Janet; and their son: Brian (Karen) Todd; grandchildren: Laina, Bree and Fin; sister: Joyce (Greg) Swanson of LaPorte, IN; brothers: Bruce (Karen) Todd of LaPorte, IN, Randy (Andrea) Todd of Terre Haute, IN; sister-in-law: Joan (Jim) Jarka of Michigan City, IN; his special niece Kristine (Elias) Zikkos and her daughter: Gianna, of Valparaiso, IN; and many nieces and nephews.

To order memorial trees or send flowers to the family in memory of Alfred Todd, Jr, please visit our flower store.