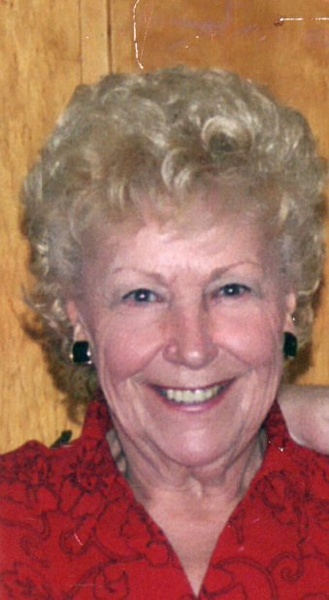 Anne Ruth Benko, 95, formerly of Bridgman, passed away on Tuesday, August 9, 2022 at Maple Lake Senior Living in Paw Paw, due to complications related to dementia.

The family will be remembering Anne privately. Burial will be in Graceland Cemetery, Bridgman. Memorial contributions may be made to Immanuel Lutheran Church, 9650 Church Street, Bridgman. Online condolences accepted at www.PikeFH.com.

Anne was raised on a farm on Livingston Road in Lake Township. At an early age she learned the value of hard work, how to enjoy the simple things in life and the importance of contributing to the well being of her family. She practiced these principles for the rest of her life. She also developed an appreciation for the land and it’s bounties as evidenced by the flowers and gardens she maintained in her yard well into her eighties.

Anne was a lover of polka music based on her Czechoslovakian heritage. For years, she and Walter would attend polka dances at local social clubs and other venues. After Walter’s passing, Anne continued to attend the dances with a group of friends. Even during the last months of her life in spite of failing health she could be brought to a smile and clap her hands when her favorite polka songs were played.

Anne’s greatest love was her family. She lived frugally, but gave generously. For years after Walter’s passing, she continued to host the entire family for a week at her home over Christmas even though it took her months to prepare for the celebration. She created memories that have lasted a lifetime.

In a letter written to her sons explaining her last wishes, Anne made her feelings about the importance of family very clear. She asked that her family always get along and love and help each other. She emphasized that we will understand as we get older that family is everything, something we should never overlook or forget. She closed by saying that however long it takes, she will look forward to the day when we are all together again. Our prayer as a family is that her wish will come true.

To order memorial trees or send flowers to the family in memory of Anne Ruth Benko, please visit our flower store.