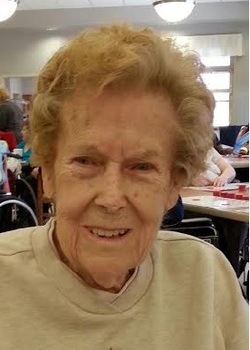 Arlene was born Nov.11, 1918, in Baroda, the daughter of the late Frederick and Susan (Ebert) Shafer. A lifelong resident of Baroda, she married Olen E. McIntosh on June 16, 1945, and he preceded her in death Sept. 22, 2000. She was a faithful member of Baroda Bible Church.

To order memorial trees or send flowers to the family in memory of Arlene McIntosh, please visit our flower store.
Send a Sympathy Card