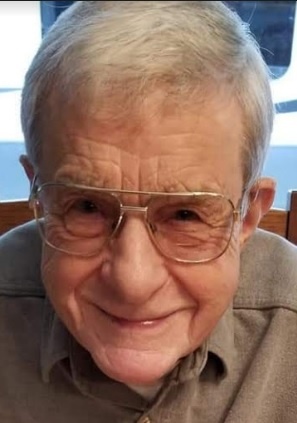 Arthur Leroy Peterson, 97, of Sawyer passed away Saturday, January 16, 2021 at his home in the care of his family.

A funeral service will be held at 11 AM Thursday, January 21, 2021 at Pike Funeral and Cremation Services, Boyd Chapel, 9191 Red Arrow Hwy, Bridgman. Friends may meet with the family from 10-11 AM on Thursday prior to the service. Burial will be in Riverside Cemetery, Three Oaks. In lieu of flowers, memorials may be made to Chikaming Open Lands, 12291 Red Arrow Hwy., Sawyer, MI 49125. Online condolences and live stream of the service at www.PikeFH.com

Art was born April 7, 1923 in Chicago the son of the late Carl and Ingrid (Nilson) Peterson. He retired from Bendix Corporation after 32 year of service in 1986. On October 7, 1950 he married Lucille “Lou” Wedde and she preceded him in death on May 8, 2016. Art was a gunsmith and owned and operated Peterson Gun Shop with his brother Elmer. He was a Boy Scout leader with Troop 59, Harbert. He had a Wildlife and Forest Management degree from Michigan State University and enjoyed being outdoors and pheasant and deer hunting with family.

Art was also preceded in death by a son - Dale in 2002 and his brother Elmer Peterson.

To order memorial trees or send flowers to the family in memory of Arthur Peterson, please visit our flower store.