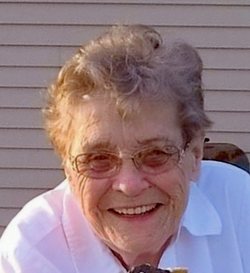 Barbara Mae Reck, 85, of Bridgman passed away on Wednesday, March 18, 2015 at her daughter’s home in Berrien Springs.

To order memorial trees or send flowers to the family in memory of Barbara Reck, please visit our flower store.
Send a Sympathy Card