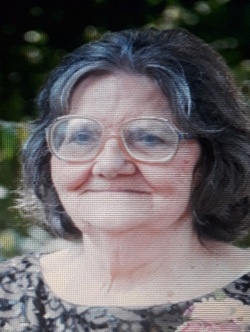 
Bonnie Gehlhoff was born Sunday, August 24, 1941 in Caspian, Michigan the daughter of the late Jacob and Hannah (Peschel) Flashberger. She married Ron “Ronnie” Gehlhoff ( son of the late George and Jane Gehlhoff) on July 11, 1970 and he preceded her in death on July 10, 2015.

A Memorial Mass honoring the lives of Ronnie and Bonnie will be held 10:30 AM Saturday, June 2, 2018 at St. Joseph Catholic Church, 220 Church Street, St. Joseph Friends may meet with the family following the Mass during the luncheon. As an expression of sympathy memorial contributions may be given to the Hospice at Home, 4025 Health Park Lane, St. Joseph MI 49085.

Bonnie graduated from Iron River High School in Iron River, Michigan then went to Chicago to work as a secretary for an Insurance Company. For 10 years she held the same position and loved city life, attending plays, musicals, festivals, fine dining, and other city activities. She had known Ron her high school life and reacquainted in Chicago. After getting married they wanted to live in a small town, with a big yard to raise a family, thus moving to Southwest Michigan. Bonnie' s new full time job was being a homemaker; preparing big meals, tending to the yard, and taking care of her 2 children. She always enjoyed planting lots of flowers in the summer each year. Bird feeders were numerous and always full. Bonnie loved having picnics at the lake, spending time outdoors, going to the casino, going out to dinner with her family, going out for ice cream, and spending time with her grandchildren, especially Bradlee as she spend so much time with him when he was very little.


Meet With the Family at the Luncheon

To order memorial trees or send flowers to the family in memory of Bonnie Gehlhoff, please visit our flower store.