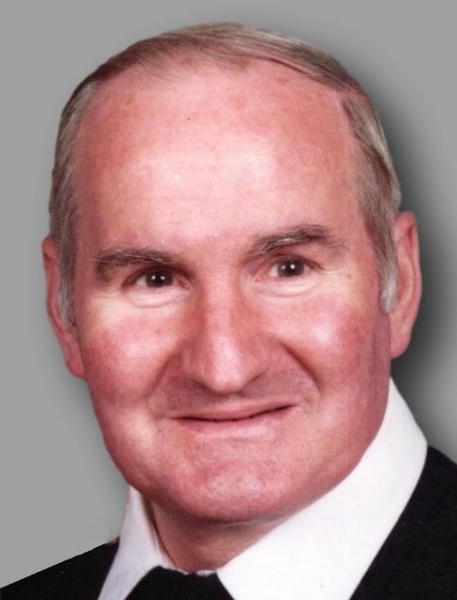 Cecil Ray Stice, Sr., 89, went home to be with his Lord on January 2, 2021. He passed away at home peacefully in his sleep after an extended illness. Previously of Sawyer, MI, he had been living in Tucson, AZ since May, 2017.

He was born on December 28, 1931 in Poughkeepsie, Arkansas, to George Asbury Stice, Sr., and Oleefie Carolyn Freeman Stice. In March of 1949, Cecil joined the Naval Reserves, headquartered at Great Lakes, Illinois. From June 11-25 he served on the USS Brambling (AMS-42). He received an Honorable Discharge in Jan 1953. Cecil was Senior Class President of and graduated from Baroda, Michigan, High School; Class of 1950. He married Clairbell Korp on July 22, 1951, and together raised four children. They remained married for 67 years and 8 ½ months.

Cecil, (nicknamed “Hoss”) served as a premier Tool and Die and Mold Maker in Berrien County, MI for 50 years, retiring in 1999. Many men in that industry were taught by Cecil through a Tool and Die and Mold making program he helped to develop at Lake Michigan College. Cecil
developed and taught the Master Class for their final year. Music was an abiding passion for Cecil. For many years he sang and played guitar in groups with several friends; including Donny Schlipp (accordian) and Milan Meade (drums) as “The Melodiers”. Cecil sang lead vocal with his beautiful tenor voice. Cecil wrote the lyrics and music to several gospel songs. He and Clair,
and Marvin Schinske traveled around the country, as “The Redeemed”, sharing their Biblical message and honoring Jesus Christ. They recorded four albums in Nashville, TN.

To order memorial trees or send flowers to the family in memory of Cecil Stice , Sr., please visit our flower store.