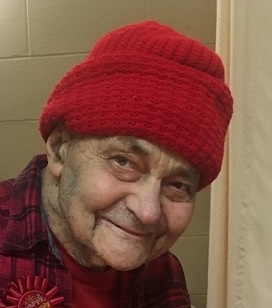 Charles Edwin Good, Sr., 92, of Three Oaks passed away on June 12, 2019 at West Woods of Bridgman with his daughter Kathryn at his side.

Charles was born March 20, 1927 in Three Oaks, the son of the late Henry and Mary (Herman) Good. On June 4, 1949 he married Leota May at the New Troy Brethren Church and she preceded him in death in 2003. Charles’ early school years were in a one room school house where he and his brothers and sisters walked to school through all kinds of weather. His Pa said, “walking would make him strong and walking in the heat, rain, snow, and cold would make him determined”. His fondest memory of his Ma was she always would pray with him at night and told him to never forget the ones that helped him and who were kind to him. Charles was a farmer. He retired from the Berrien County Road Commission where he worked on the road building crew and plowed snow. He was a traveler. Along with his wife, Leota, the two of them traveled with their kids and grandkids to see many wonders of this “good” earth and was always eager to return back home to tell of their travels. When at home, he always enjoyed sitting in his outside swing eating an ice cream bar and waiting for the train to go by. In his last year, he resided at West Woods and was known to his WW family as the “man in the red hat” who dearly loved his chocolate milk and peaches. He appreciated his WW family who gave him loving compassionate care.

Charles was also preceded in death by a son-in-law: Allen R. Strefling; and siblings: Louis, Ralph, Jim and Ethel.

To order memorial trees or send flowers to the family in memory of Charles Good, Sr., please visit our flower store.