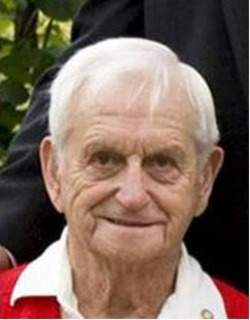 Charles was born March 21, 1920 in St. Joseph the son of the late Charles W. and Florence May (Lemon) Nye. On March 9, 1948 he married Joan Elizabeth Cushing who preceded him in death in 2006. Charles served in the Air Force during WWII. He continued as an Air Force Reservist for 38 years. For many years, he and his wife wintered in Zephyrhills, Florida, and volunteered at McDill Air Force Base. Charles was employed at Whirlpool for 33 years. He was a member of Stevensville United Methodist Church. Charles will be forever grateful for the care he received at Whitcomb Towers and Grace Hospice of Portage, MI.

To order memorial trees or send flowers to the family in memory of Charles Nye, please visit our flower store.