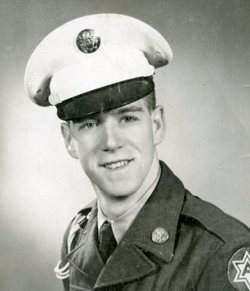 The family will receive friends at the Stevensville American Legion Post 568, 3093 Johnson Road, Stevensville on Thursday, January 14, 2016 from 11 AM - 1 PM. Memorial contributions may be given towards the needs of the family.

Chris was born December 25, 1934, in Benton Harbor the son of the late Edward Joseph and Marion (Japhat) McKie. He served in the US Army. On June 24, 1956 he married Shirley Ann Wagy. Chris had been a member of Grace Lutheran Church as well as belonging to the Stevensville American Legion Post 568. He was also a past president of the Michigan Bowling Association. Chris retired from over 24 years at Clark Equipment.

Chris was also preceded in death by his brother Phillip.


Memorial Donations Memorial donations can be made to:
The Family

To order memorial trees or send flowers to the family in memory of Christie McKie, please visit our flower store.