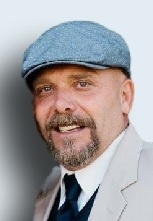 Craig Keith Boersma of Union Pier passed away unexpectedly at his home on September 22, 2020, at the age of 54.

A Visitation with the family will be held on Friday, October 9, 2020, from 3-6:00 PM  followed by a Memorial Service at 6:00 PM at Pike Funeral and Cremation Services, Boyd Chapel. 919 Red Arrow Hwy, Bridgman. Donations to the “Craig Boersma Fishing Fund” may be made to Captain Cook’s Sports in New Buffalo, Michigan, who have generously agreed to carry on his legacy of giving away fishing gear to children. Online condolences accepted at www.PikeFH.com

Craig was born on June 17 , 1966, in Omaha, Nebraska to Rev. Russell and Beverly Boersma. He moved to Southwest Michigan in the fall of 1982 and graduated from River Valley High School. Craig was a devoted husband, father, grandfather, son, brother, uncle, and friend. He had recently celebrated his 30th wedding anniversary to his high-school sweetheart Kelly (Beck) Boersma. Their children, Sasha Boersma, Dallas (Maddison) Boersma, Kyle Boersma, and Boden Boersma, and grandchildren, Braiden Boersma, Finley Boersma, and Creek Boersma were the light of his life. We know he will be watching over Arlo Michael Craig Boersma, expected to arrive to Dallas and Maddison in November 2020.

A painter by trade, Craig was always finding ways to help others, and his generous heart knew no bounds. Many local young men knew him as Coach Boersma, as he coached his sons through several years of football. He loved the outdoors and would walk for miles hunting for rocks and beach glass on Lake Michigan, while listening to his jams on his headphones. Craig was an avid fisherman and made a point of connecting with folks new to fishing at his spots. He was known to give away his own fishing tackle to start-off the next generation of fishermen. When he was not fishing, he was cooking wonderful meals for his family and enjoying being a “naughty papa” to his grandsons.

To order memorial trees or send flowers to the family in memory of Craig Boersma, please visit our flower store.