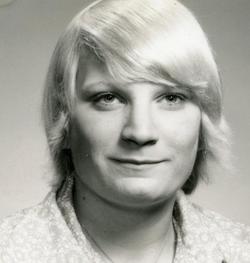 Memorial services will be held at 12 Noon Saturday, May 4, 2013 at Faith United Methodist Church, 9156 Red Arrow Highway, Bridgman with Reverend Terrell Schneider officiating. As an expression of sympathy memorial contributions may be given to the family.

Cynthia was born June 23, 1956 in Angola, Indiana the daughter of Robert Ervin and Miriam Margaret (Magavern) Gast. Cynthia was a 1975 graduate of Bridgman High School and also attended the Twin City Beauty College. On May 9, 1976, she married Albert Marshall and they shared 36 years together before her death. Cynthia was a member of Faith United Methodist Church. She owned and operated Cindy’s Cuts and Curls in Baroda, and worked at Rogers Deli. Cynthia was most recently a home care aid.


Memorial Donations Memorial donations can be made to:
The family

To order memorial trees or send flowers to the family in memory of Cynthia Marshall, please visit our flower store.
Send a Sympathy Card