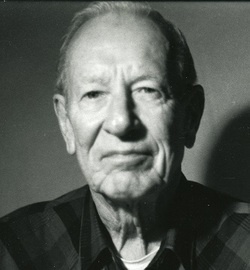 
Dale Earl Carson, 86, of Stevensville passed away on Sunday, August 2, 2015 at Memorial Hospital of South Bend.

Dale was born September 10, 1928 in Bartonville, Illinois, the son of the late Leslie M. and Bessie (Harris) Carson. Dale served in the US Navy on the USS Larson from 1945 - 1947. He married Mary Louise Grau on April 15, 1950 and they enjoyed 53 years together until her death in 2003. Dale was a truck driver for more than forty years working for Fruitbelt, J.W. Cartage and Gra-Bell retiring in 1988. He loved to travel in his motor home with Mary; fishing, mushroom hunting and sitting on the patio enjoying life.

Dale was preceded in death by his wife Mary; and brothers: David and Bert Carson.

To order memorial trees or send flowers to the family in memory of Dale Carson, please visit our flower store.