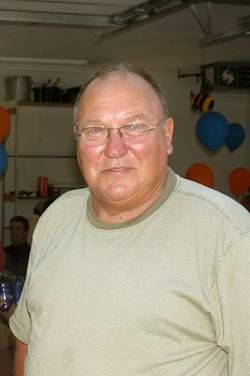 Funeral Services will be held 11 AM Tuesday, January 24, 2017 at Christ Lutheran Church, 4333 Cleveland Avenue, Stevensville. Friends may meet with the family Monday, 5-7 PM at The Boyd Chapel of Pike Funeral and Cremation Services, 9191 Red Arrow Hwy, Bridgman. Burial will be in Graceland Cemetery, Bridgman. Memorial contributions may be made to Christ Lutheran Church, Stevensville.

David was born January 30, 1937 in Lake Township the son of the late Frank and Marie (Strang) Kunde. He served his country in the United States Army and retired from Pearson Construction after 35 years. On February 11, 1967 he married Sylvia Jean Kieffer.

David was also preceded in death by two daughters: Geri Herman and Bonnie Rambo and a sister, Shirley Kading.

To order memorial trees or send flowers to the family in memory of David Kunde, please visit our flower store.