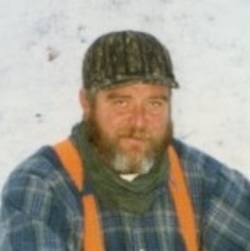 A Memorial Mass will be held 11 AM Friday, December 5, 2014 at Our Lady Queen of Peace Catholic Church, 3903 Lake Street, Bridgman with Father Arthur Howard Celebrant. Friends may meet with the family on Thursday from 6 - 8 PM at Pike Funeral Home, Boyd Chapel, 9191 Red Arrow Highway, Bridgman. Burial will be in Graceland Cemetery, Bridgman. As an expression of sympathy, memorial contributions may be given to Our Lady Queen of Peace Catholic Church.

David was born December 21, 1953 in Michigan City, Indiana the son of Gene and Jacqueline (Payne) Miller. On April 16, 1988 he married Maria Maak and she preceded him in death on May 8, 2001. David worked in road construction most of his career. He was a US Army veteran and was stationed in Germany where he was a grenade expert.

To order memorial trees or send flowers to the family in memory of David Miller, please visit our flower store.
Send a Sympathy Card