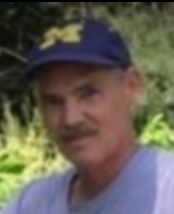 Spring of 2021 to be announced later

David Wesley Wickham, 62 of Baroda passed away on Thursday, December 17, 2020 at his home.

The family is planning a celebration of David’s life for this Spring. Online condolences accepted at www.PikeFH.com

David was born April 3, 1958 in St. Joseph the son of the late Donald and June (Reed) Wickham. He graduated class of 1976 from Lakeshore High School in Stevensville.  Nicknamed Butter Dave as a toddler from his father.  David was a huge fan of the UM football and listening to Beatle music. His hobbies included playing guitar and hunting deer, pheasant and turkey. He was also the winner of several turkey size contests. Dave loved his family and looked forward to family gatherings large or small, family meant everything.

To order memorial trees or send flowers to the family in memory of David Wickham, please visit our flower store.

Spring of 2021 to be announced later