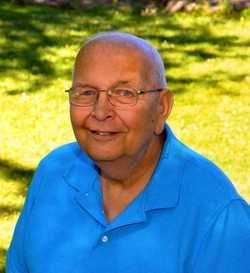 Dennis Lee “Sam” Schultz, 76, of St.Joseph passed away on February 2, 2014 at Hanson Hospice Center in Stevensville.

A funeral service will be held 11 AM Saturday, February 8, 2014 at St. John’s Lutheran Church, 9193 Cleveland Ave., Baroda with Reverend Bradley A. Ross officiating. Visitation will be held Friday from 6-8 PM at Pike Funeral Home, Boyd Chapel, 9191 Red Arrow Highway, Bridgman. Burial will be in Ruggles Cemetery, Baroda. Memorial contributions may be made to St. John’s Lutheran Church.

Sam was born December 18, 1937 in Baroda the son of the late Harry and Rose (Hora) Schultz. On August 18, 1972 he married Mildred D. Reitz and she preceded him in death on October 31, 2011. Sam and Millie were faithful member of St. John’s Lutheran Church in Baroda were Sam was the organist for over 55 years. Sam was a middle school teacher in Berrien Springs from 1960-62 and Lakeshore Public Schools from 1962-1999. He loved music, teaching and being with family. Sam was a proud grandpa and treasured being with the grandkids.

He was preceded in death by a sister Kathleen Mischke and a nephew, Michael Mischke.

To order memorial trees or send flowers to the family in memory of Dennis Schultz, please visit our flower store.