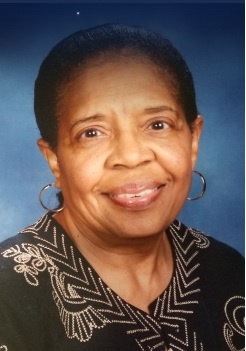 
Diane Freddie Mae Woolfolk passed away at Rush Medical Center Chicago, Illinois on October 5, 2020 at the age of seventy five.

Diane was born in Pine Bluff, Arkansas on Janurary 18, 1945.Her family moved to Benton Harbor Michigan when she was 8 yrs old.Diane gave her life to Christ and joined 2nd Baptist Church of Benton Harbor Michigan to start her Christian experience.She graduated from Benton Harbor High School in 1963, from there earned a degree in Secretarial Sciences from Lake Michigan College.She used her degree to get a job with Whirlpool Co.as an entry secretary.She later moved to Chicago, Illinois where she worked for the University of Chicago as a Executive Secretary/Office Manager, and lastly at the University of Illinois @ Circle Campus were she retired from.

Diane is going to be missed by all that have known her, we know that she has journeyed on to a better place, a heavenly place.We are assured that we will see her again welcoming us with loving arms.

We Love You, Your Family

Click to download / open
To order memorial trees or send flowers to the family in memory of Diane Woolfolk, please visit our flower store.