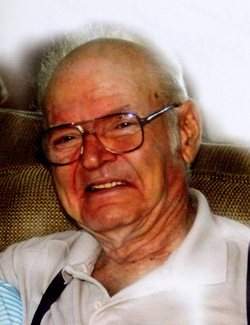 Don was born April 7, 1929 in Lakeside, and lived on East Road his entire life. He was the son of the late Frank and Maude (Wire) Schrader. On August 18, 1945 he married Audrey Hamann in New Buffalo. Don owned and operated Schrader’s Septic Service and was a founding member of the New Buffalo Rod and Gun Club. He also built homes, did masonry work, and at one time ran a garbage route. Don was an avid hunter and fisherman. He enjoyed spending time in his vegetable garden. Don was a member of Lakeside United Methodist Church.

To order memorial trees or send flowers to the family in memory of Don Schrader, please visit our flower store.