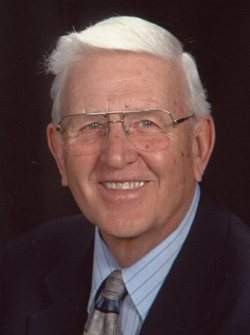 
Donald William Gast, 85, went to heaven to be with his Lord, his family and his friends who have gone on before him, on Monday, June 1, 2015, after a long battle with many illnesses. We know he is in heaven because as a young man he accepted Jesus Christ as his personal Lord and Savior. For it says in God's Word, the Holy Bible, that “For God so loved the world that He gave his one and only son, that whoever believes in Him shall not perish but have eternal life” John 3:16.

We will glorify the Lord at the celebration of his life, which will be held at The Chapel, an Evangelical Free Church, of which Don was a member, 4250 Washington, St. Joseph, on Saturday, June 6, 2015 at 10 AM. Visitation will be on Friday from 5 - 8 PM at Pike Funeral Home, Boyd Chapel, 9191 Red Arrow Highway, Bridgman. Please, in lieu of flowers, memorials can be made to Southwestern Medical Clinic Foundation, 2550 Meadowbrook Road, Benton Harbor, MI 49022 or Five Pines Ministries, 6597 Smith Road, Berrien Center, MI 49102 for that was where his heart and passion was, reaching others for Jesus Christ.

Don was born in Baroda to Edward and Oral Gast on September 22, 1929. He grew up and lived his entire life in Baroda. He graduated from Baroda School and attended Wheaton College where he met his”jewel” Julianne (Jule) Anderson. They were married February 9, 1952. After graduation he came home to join his father in the family business, Baroda Hardware. He was a master plumber and electrician and headed up the building/sub contracting department there. After the Baroda Hardware closed, he joined Southwestern Medical Clinic (SWMC) in their infancy in 1972. He was their first administrator and retired after 35 years. The clinic is well known especially for their mission work in many countries, which Don had a part in building and developing. One doctor referred to him as the father of SWMC missions.

Don was always God centered, people and community minded, and worked faithfully to that end. He served on the following boards: Berrien County Health Dept, Hospice at Home, Area Agency on Aging, Rural Health, Berrien County Commissioner, Southwest Michigan Planning Commission, Lakeshore School Board, Baroda Township Treasurer and Supervisor, 4-H Foundation, Five Pines Ministries, the Wheaton College Honey Rock Camp, and an honorary member of the Baroda Bulldogs Motorcycle Club—because as a teen, Don had the first Harley (!), and was a fine athlete for the Baroda Bulldogs, taking the honor of the number one basketball player in the State of Michigan in 1947.

He was preceded in death and will be met in heaven by his parents, his son-in-law John Newcomer, and his grandson Josh Martin .

To order memorial trees or send flowers to the family in memory of Donald Gast, please visit our flower store.