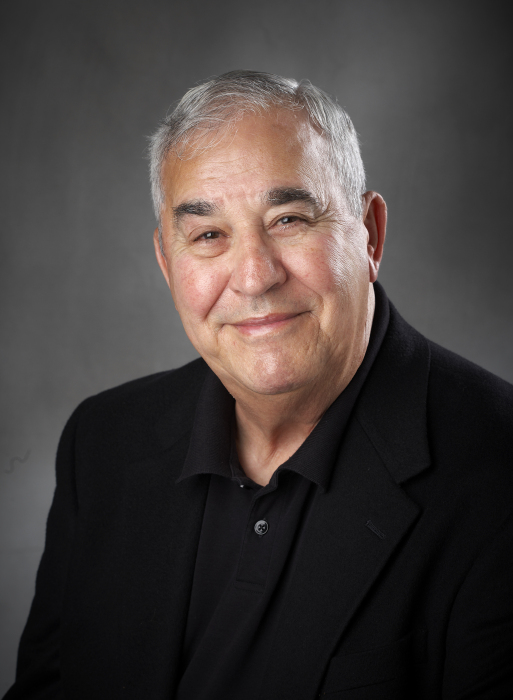 
On Friday, February 5, Don Johnson, a Southwest Michigan icon, joined the stars.  A proud U.S. Army veteran and trailblazing entrepreneur, Don was Founder and Chairman Emeritus of Johnson-Rauhoff, Inc. and CEO and President of JR Building Corporation. He was 84 years old when he passed away peacefully at home with his wife and soulmate, Audrey, by his side, along with their beloved long-haired chihuahua, Molly. Those that knew Don say he lived life fully and inspired many.

The “original Don Johnson,” as he would say, was born in St. Louis, Missouri on August 20, 1936. The son of George Johnson, a laborer, and Josephine Mollico, the daughter of an Italian immigrant, Don worked hard to move his family out of poverty. After his family moved to Benton Harbor, Michigan, Don spent a lot of time at The House of David Amusement Park where he played with friends, visiting The Bakery at Mary’s City of David and Lizzy’s Ice Cream Stand—fond memories he shared for years. Growing up, his best friend was George ( Sheila ) Whaling
.
To help his family, Don held several jobs from the age of 12 when he was a paper route carrier. A talented artist and storyteller, Don would later capture one cold night walking in the snow in one of his oil paintings. In high school, Don worked at the Benton Harbor A&P and was proudly promoted as the store’s youngest store manager, leading the Meat Department. On weekends, “Donny” was a favorite cook at the House of David Restaurant. The first in his family to attend college, after graduation from Benton Harbor High School, Don earned a degree in Business Administration from what is now Lake Michigan College and got his first job at Whirlpool Corporation, where he worked as a staff artist in the Graphics Department.

On November 4, 1958, Don enlisted in the Army on the ‘Buddy System’ along with his good friend, Don (Jo) Baugher. Expecting to be sent to the same training grounds, the two were split up early, with Don Johnson being sent to Aberdeen Proving Grounds in Aberdeen, Maryland. While there, Don worked with the Pentagon in the Special Weapons Unit under the leadership of Major General Holger Toftoy, known as Mr. Missile for leading what was secretly known as ‘Operation Paperclip.’ Don loved to tell the story of how Toftoy smuggled 116 German scientists to the U.S. to start the first U.S. Guided Missile Program. He took great pride in his military service, often telling stories of favorite assignments, including writing the first instructions for the AR15 Rifle, which was the beginning of a long and rewarding future in training communications.

On February 20, 1959, in a small, modest chapel at Aberdeen Proving Grounds, Don married his high school sweetheart, Audrey Evans, in a love story right out of ‘An Officer And A Gentleman.’ A year later, the couple had their first child and not long after, Don was honorably discharged as an Army E-6 Specialist. Returning home to Michigan with a young family, Don started a long and lucrative career in advertising. As the family grew, adding 3 more children, Don’s career grew.

Working with various ad agencies, he was promoted from Art Director to Creative Director to Vice President. Agencies included Ad Workshop, Mayer Klan Lineberry and Vivox, Inc., a Chicago-based agency on a mission to bring Michigan Avenue advertising to Michigan. In 1969, Don broke away from the ‘Madmen’ life and started an advertising business in the basement of his home. His goal was to be his own man and run an honest business. The company name was Don Johnson Art & Design, the first account executive and bookkeeper was wife, Audrey, and the first client was Whirlpool Corporation. The company would later be renamed JohnsonRauhoff, known today as JR.

Committed to helping clients succeed and treating a client’s business like his own, Don grew his small business. In the mid-1970s he designed the front panel and user manual for Hero Junior, one of the first talking robots built by Heath Company. He would later help Saluto Pizza launch the world’s first frozen pizza, and designed the well-known City of St. Joseph logo, still utilized by St. Joe Today. In 1983, he purchased Rauhoff Studios, adding a studio to his agency. By 1992, Don’s three children had joined him in business and JR experienced triple-digit two-year growth. In 1993, Don was honored at the Annual Meeting of Cornerstone Alliance as the 1992 Business Person of the Year. By 1997, JR ranked #8 nationally in the PROMO 100, and has since won numerous national and international awards for marketing, training, and content creation. In June 2019, JR celebrated 50 years in business and was featured on the front page of the Herald Palladium in an article titled ‘JohnsonRauhoff Builds on a 50-year Legacy.’

Those that knew Don knew he cared deeply for the company he built, giving it his all and never admitting retirement. He rallied behind the words of Vince Lombardi, oftentimes quoting “Winning is not a sometimes thing. It’s an all time thing.” He also quoted Winston Churchill, holding true to the phrase, “Never give in.” He cared deeply for the employees of JR and took great care over the years in getting to know each and every team member. He took special interest in looking after the best interests of his first employee and longtime friend, Tom (Kathy) Mensinger, who after spending his entire career at JR, passed away in 2018, but is still honored in the halls of JR today.

Giving a great deal of his time to charity, Don was a proud Shriner and Mason of Coloma Masonic Lodge #162. For years, Don would donate company time to produce the Shrine Newspaper, whose proceeds went to help children in the Shrine Hospital Burn Unit in Chicago. In later years, he donated a considerable amount of agency time on behalf of ‘Lest We Forget’ to promote local events, to Rotary International to promote career mentoring of young people, and to the Rotary Club of St. Joseph-Benton Harbor, which honored him as a Paul Harris Fellow.

He cherished his family and was very proud of each and every one of his four children. When the kids were young, he would share stories after dinner, while drawing pictures of dragons, knights, castles and fairies. For years, he had high hopes that he would spend time fishing with his son, Michael. Don adored his grandchildren and great-grandchildren, enjoying playing pool, feeding birds and sharing his coin collection with them. He loved traveling and taking trips with Audrey, daughter Jackie and son-in-law Mike to far away places, like China, England, France, Italy and Scotland, and was honored to walk Normandy Beach, collecting sand for ‘Lest We Forget’ soldiers.

There were no strangers in Don’s life—everyone was a friend and there were always stories to share. He was known for drawing caricatures for friends, including one for Major General Toftoy riding a U.S. missile. When CB radios were popular, Don went by the handle, ‘The Cartoonist.’ He believed in being honest, working hard, and helping others. He loved animals. He honored the American Flag and all war heros, including his little brother, Mickey, who bravely fought in Vietnam and later succumbed to Agent Orange-related ailments. He enjoyed Tabor Hill Demi Sec wine and loved collecting rocks. He believed in choosing your star and never stopping until you reach it.

In keeping with Don’s wishes, he has been cremated and there will be no formal service. At a later date, there will be a Private Family Gathering and JR Team Celebration. The family is sincerely appreciative of the outreach by friends in the U.S. and abroad and especially for the last few months of care given by the team at Caring Circle of Spectrum Health Lakeland. In Don’s memory, the family asks that memorials be made to Caring Circle https://www.spectrumhealthlakeland.org/caring-circle/give-now/donate or the Bissell Pet Foundation http://bissellpetfoundation.org/donate .

Those wishing to leave online condolences at may do so at www.PikeFH.com

To order memorial trees or send flowers to the family in memory of Donald Johnson, please visit our flower store.
Send a Sympathy Card