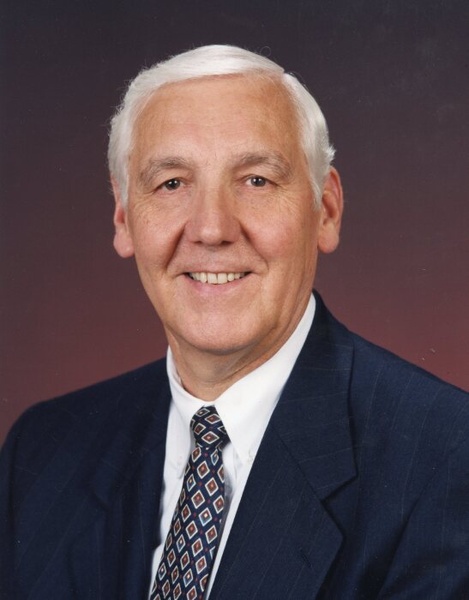 On Sunday, January 24th, God called Donald Dean Ott from his home in St. Joseph to eternal life after a lengthy illness.   We can only imagine that he lept into Jesus’ loving arms!

Services will be held at 10 AM Friday, January 29, 2021 at Grace Lutheran Church, 404 Glenlord Rd, St Joseph with Rev. Joshua Bishop officiating. .  Friends may pay their respects to the family at Pike Funeral and Cremation Service, Boyd Chapel, 9191 Red Arrow Hwy,  Bridgman on Thursday, January 28th from 5-7 PM.  Due to COVID-19, guests are asked to wear masks.  Memorial contributions may be made to Grace Lutheran Church, 404 Glenlord Rd, St Joseph, MI 49085. Online condolences accepted at www.PikeFH.com

Don was born in Sawyer, Michigan to Clarence and May (Woodrick) Ott on January 11, 1939 along with his twin sister, Darlene.  One of 8 children, Don learned that a day’s work on the farm began early and ended late, but with family around it was always rewarding..
Donald graduated from Trinity Lutheran School in Sawyer, New Troy High School and Valparaiso University.   While in high school Don was a star pitcher, fostering a lifelong love of the game of baseball for him and the generations that would follow.  He even pitched a No-Hitter vs. Eau Claire.

While at Valpo Don met Carolyn Beeskow who was studying to be a teacher.   They married in 1965 The Lord blessed them with two children, David and Deborah.

Upon graduation from Valpo, Don began working at Associates Investment in South Bend, Indiana.   Shortly afterwards he began his long career with Whirlpool Corporation where he served as supervisor of state and local taxes.  He retired from Whirlpool after 30+ years of service.

During retirement Don enjoyed travelling, duck hunting and fishing.  An avid sports fan, Don followed his favorite teams closely - the Michigan State Spartans and the Detroit Tigers.   The family was blessed to take trips to see the Spartans play in two Rose Bowl games…  and win both games!  GO GREEN!

He loved family time, spending time with his wife and children, but he was especially proud of all his grandchildren.   He attended all of the soccer, basketball, baseball, softball and volleyball games that he could, as well as concerts, plays, parades and even pageants.   His most cherished memories included annual trips with the boys to Florida for Spring Training, fishing on Lake Michigan and Balsam Lake, WI; duck hunting, especially at Grand Mere which he started doing at the age of 13 and continued until Nov. of 2020; annual family summer vacations to Walt Disney World; deer hunting at Eight Point Camp; and attending every Michigan State football game that he could.

A lifelong Lutheran, Don served on the boards of Grace Lutheran Church and School, and Michigan Lutheran High School.  His faith was strong throughout his life, always pointing out the blessings regardless of the circumstance.

To order memorial trees or send flowers to the family in memory of Donald Ott, please visit our flower store.