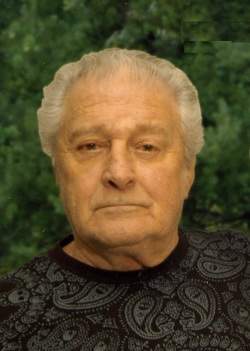 Cremation has taken place and a Celebration of Life with Military Rites will be held on Saturday, March 5th, at 2PM at the Stevensville American Legion Hall, 3093 Johnson Road, with military honors. Memorials are preferred to the Stevensville American Legion Building Fund. Arrangements have been entrusted to Pike Funeral Home, Bridgman, MI. Online condolences accepted at www.PikeFH.com

Douglas was born July 26, 1932 in Almont, MI to the late Robert and Lona (Mason) Ovens. He grew up in Red Wing, where he married his wife, the former Janet Boldt, on August 8, 1959 at St. Paul’s Lutheran Church, where he served as an usher for many years. He was also a member of the former St. Luke's Lutheran Church in Stevensville. He worked as an electrician for Kask Electric and later for L. K. Comstock at the Prairie Island Nuclear Plantwhile in Red Wing. In 1976 he transferred to the Cook Nuclear Plant in Bridgman, Mi, as a Project Manager, before working as an electrical supervisor for American Electric Power, retiring on December 1, 2000. Doug served his country in the Minnesota National Guard for one year prior to enlisting in the US Air Force from 1950-1953, with 18 months in Japan. He was a 51 year member of the Red Wing Elks Lodge #845, where he served as Exalted Ruler in 1975-76. He also was a member of the Stevensville American Legion Post #568 for 35 years. He was a member of IBEW Local 343 and a volunteer for the RW Fire Dept. In his younger years, Doug enjoyed hunting, fishing, golf, bowling, boating, cooking, along with games of cribbage and euchre. He always enjoyed times spent with his beloved Minnesota family and friends, as well as his Legion family and friends in Stevensville.

Celebration of Life and Military Rites

To order memorial trees or send flowers to the family in memory of Douglas Ovens, please visit our flower store.