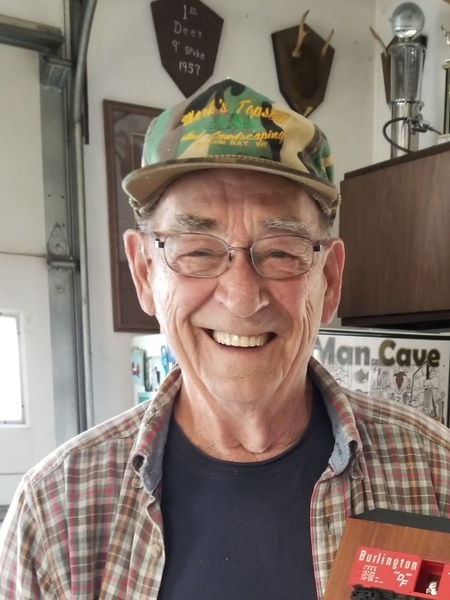 The family will be remembering Eldon privately. Online condolences accepted at www.PikeFH.com to send flowers to the family or plant a tree in memory of Eldon Albert Reitz,

Eldon was born August 23, 1935 in Baroda, the son of late John R Reitz and Olga A (Pufall) Reitz. He married Jeanette (McNees) Strefling on May 3, 1958. Eldon served in the Army’s Company A 1 st Infantry. He worked as a machinist at Lakeshore Metal and was a part-time farmer. After retirement he and Jan grew and sold fresh cut flowers from their homemade roadside stands. Eldon loved to celebrate holidays and gatherings close to home at their personal pond. His passions were deer hunting in the U.P., playing euchre and visiting with friends in his garage.

Eldon was preceded by his wife Jan, his son Steve, his sisters Marguerite Reck and Carlyn Graves.

To order memorial trees or send flowers to the family in memory of Eldon Reitz, please visit our flower store.