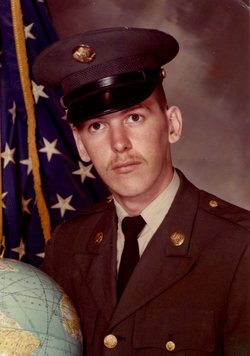 Eugene William Sonnichsen, 64 of Stevensville passed away Friday, October 6, 2017 at his home surrounded by his loved ones.

Funeral services will be held 11 AM, Wednesday, October 11, 2017 at the Boyd Chapel of Pike Funeral and Cremation Services, 9191 Red Arrow Hwy., Bridgman with Reverend Dr. Christopher Noffke officiating. Friends may meet with the family on Tuesday from 5-7 PM at the funeral home. Burial with military rites will be in Hickory Bluff Cemetery in Lincoln Township. Memorial contributions may be given to Hospice at Home, 4025 Health Park Ln, St Joseph, MI 49085.

Gene was born March 17, 1953 in St. Joseph the son of the late Robert and Marcella (Hemmelgarn) Sonnichsen. Gene served his country in the US Army in South Korea and was a member of the Baroda American Legion Post 345. He was also a member of the Benton Harbor VFW Post 1137 and the Loyal Order of Moose, Benton Harbor, Lodge 1570. Previously he had been a conductor for the C&O Railroad and most recently owned and operated Gene’s Towing. He enjoyed going to local car shows and help organizing them.

Gene was also preceded in death by a brother, Robert F. Sonnichsen in 2016 and his best friend, Ronald E. Schomer from South Carolina.

To order memorial trees or send flowers to the family in memory of Eugene Sonnichsen, please visit our flower store.
Send a Sympathy Card