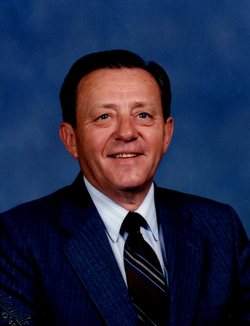 
Felix Paul, 82, of Benton Harbor, formerly of Bridgman, passed away on Wednesday, September 20, 2017 at Caretel Inns of Lakeland in St. Joseph.

Funeral Services will be held 11 AM Monday, September 25, 2017 at Immanuel Lutheran Church, 9650 N. Church, Bridgman. Friends may meet with the family from 10 - 11 AM prior to the service at the church. Burial will be in Graceland Cemetery, Bridgman. Memorial contributions can be made to Hospice at Home, 4025 Health Park Lane, St. Joseph, MI 49085 or Immanuel Lutheran Church, PO Box 26, Bridgman, MI 49106.

Felix was born August 28, 1935 in Kostopol, Volynia, Poland the son of the late Adolf and Olga Paul. As a young man, he learned his electrical trade in East Germany. Felix immigrated to the United States in 1959. He became a citizen in 1963, and married Edeltraut Nowack, also from Germany. Felix was a licensed electrician and worked at the Cook Nuclear Plant. He was one of the founding partners of Premier Tool and Die Cast in Berrien Springs, and Tru Die Cast in New Troy where he worked until he retired in 1985. He was also a member of St. Joe Kickers and the DANK. Felix loved trees and would grow them from acorn to a full-size tree. His evergreens were perfectly shaped by using an egg. He had quite a sense of humor and always had a joke ready for you.

Felix was also preceded in death by his brothers: Emil, Horst, Theo, Willi, and Leo.

To order memorial trees or send flowers to the family in memory of Felix Paul, please visit our flower store.