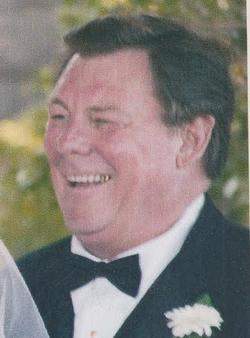 You are invited to gather together and share memories at an open house which will be held 4-8 PM, Saturday, July 16, 2016 at 4649 Vista Drive, Bridgman.

Frank was born June 11, 1944 in Benton Harbor the son of the late Frank Dell and Shirley (Rolen) Kronewitter, Sr. After his graduation from Berrien Springs High School in 1962 earning multiple varsity athletic letters, Frank earned his B.A. degree in Business and his M.A.degree in Human Resources from Western Michigan University where he maintained a 4.0 GPA . Frank spent most of his adult life in Southern California. He worked for several major corporations in Human Resources as a labor relations expert including Director of Human Resources for Parker Hannifin Western Operations. A golfer, a skier, a fisherman, and hunter, his primary passion was sailing. He owned several sailing vessels and was a member of the South Coast Corinthian Yacht Club in Marina Del Ray, California for more than twenty years. He returned to his roots in S. W. Michigan more than nine years ago living in Bridgman, Michigan where he enjoyed old and new friends. He was a proud member of the Baroda American Legion.

He was preceded in death by his father Frank Dell Kronewitter and mother Shirley (Rolen) Kronewitter.

To order memorial trees or send flowers to the family in memory of Frank Kronewitter, please visit our flower store.