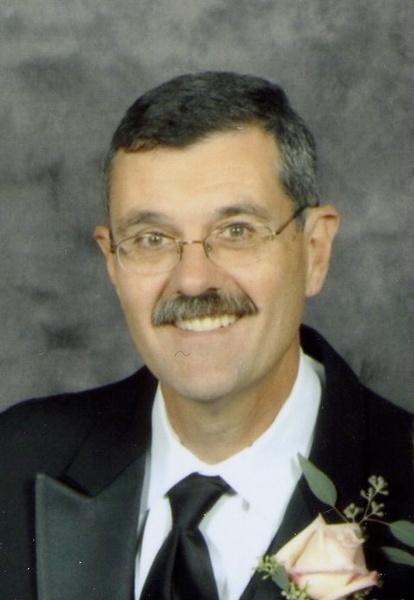 Frank John Luongo, 66, of Stevensville went to be with his Lord on Friday, April 19, 2019 at Spectrum Health Lakeland.

Funeral services will be held 11:30 AM Friday, April 26, 2019 at The Chapel, 4250 Washington Ave., St. Joseph, with Pastor Corey Kugle officiating. Friends may meet with the family Friday, from 9:30 AM until the time of the service at church. Memorial contributions may be made to Birthright, 2700 Niles Ave., St Joseph MI 49085 or Habitat For Humanity, 785 E. Main St., Benton Harbor, MI 49022. Online Condolences accepted at www.PikeFH.com

Frank was born September 8, 1952 in Buffalo, New York the son of the late Frank Anthony and Martha (Panzarella) Luongo. On May 21, 1976 he married the former Debby Householder and they shared 42 years together.

Frank was a member of The Chapel and had been employed by Whirlpool Corporation, retiring after 31 years as the Director of Treasury Analysis. He was past treasurer of the Whirlpool Foundation, a founding member and treasurer of the Lakeshore Excellence Foundation. He volunteered for Habitat for Humanity. He lead Financial Peace University classes and loved helping people achieve financial independence.

Frank loved the Lord and desired to do His will, above all else. His faith was evident in all that he did, and he enjoyed sharing it. Next to the Lord, Frank’s greatest love was his wife, Debby, his children, and his grandchildren. His love for his grandchildren was obvious to all who knew them- his nephew said, “I haven’t seen many people be so full of joy as Uncle Frank was when he had a baby or toddler to hold.” His grandchildren would greet him with squeals of delight and often, the “Grandpa Cheer”.

Frank enjoyed golfing and shooting with his friends and was an accomplished woodworker. In short, Frank treasured his family and friends and considered them the greatest blessing in his life. There is no doubt in the minds of those who know and loved Frank that the Lord greeted him with the words “Well done My good and faithful servant”.

Frank was also preceded in death by an infant grandson – Isaac Shidler.

To order memorial trees or send flowers to the family in memory of Frank Luongo, please visit our flower store.