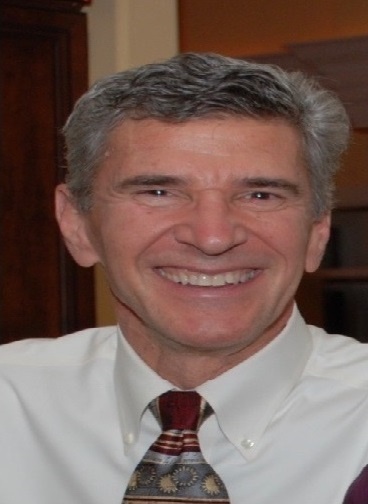 On Saturday, March 7, 2020, Frank Nekic, loving husband and devoted father of three children, passed away at the age of 64. Frank, son of Frank and Ann (Raker) Nekic, was born March 25, 1955, in Cleveland, Ohio where he graduated from high school in 1973. He attended college at the University of Notre Dame in South Bend, IN where he became a member of the Fighting Irish.  He was a student scholar, an avid spectator and earned his degree in Business Administration in 1977 at which time he met the love of his life, Deborah Quinn.

Frank and Deb met at a social gathering on campus where their connection first began and was made complete as they united in marriage at the Basilica of The Sacred Heart on May 28, 1977 in South Bend, IN. Frank was a dedicated husband who loved and cherished Deb with a commitment to provide for all her needs and to create a life of positive experiences for his family.  As a result of Frank’s academic achievements, he was recruited into the Maytag Appliance Company in 1981 where he would advance his career for the next 36 years.  Frank’s philosophy for his career was based on a foundation of forming relationships and old-fashioned hard work.  He perfected that skill first as a regional sales manager which took Frank and Deb to various parts of the country. In 1992 Frank was promoted to Maytag Headquarters in Newton, IA.  His deep product knowledge, combined with clear understanding of consumer expectations, catapulted him into progressively higher positions in product development where his prowess of innovation resulted in securing two patents for the company, and master of ceremonies in New York City at the unveiling of the first Neptune front loading washers. Frank was hired as laundry product manager in 2006 at Whirlpool Corporate Headquarters where he worked until his retirement.

One of Frank’s favorite pastimes included Notre Dame football with family and friends.  He had a deep seeded spirit for competition and a passion to cheer on the Fighting Irish against any rival.  Frank enjoyed the energy of a home game tailgate where the air was filled with the sounds of the band playing the Notre Dame fight song, the smell of grilled meats, and the anticipation of the pre-game walk of the campus grounds to admire all the monuments of the landscape that held so many memories.  He had a tradition of visiting the grotto where he would say a prayer for victory for his team especially when they would play Michigan State in order to secure the win for possession of the intra-family victory plaque.

Notre Dame defined many of the virtues that Frank held throughout his lifetime ranging from the “Play like a Champion” mantra to his foundation in the Catholic faith.  The principles of competition he worked to instill in his own children as he served as a soccer coach for them during their formative years, which later evolved into spectatorship at every game.  A transition occurred as the walls of his office that were filled with Notre Dame paraphernalia began to be adorned with the photos, news clippings and highlights of his children that he had inspired to accomplish greatness in sports and academics that later would transcend into their career and family lives.  Frank embodied the mindset of a champion forged on the effort required to develop the necessary skills followed by the fortitude to apply oneself until the last second of the game.

Frank was a detail-oriented person and a fantastic planner with superior organization at every moment.   Of the countless examples in his home and work life, the most beautiful manifestation of this was found in his gardens and flower beds.  He was meticulous in the selection, orientation and care of these landscapes that were continuously blooming with a burst of vibrant color which served as a perpetual living bouquet for Deb to enjoy.  Frank and Deb cherished the time shared during the early morning over a cup of coffee watching the dew glisten across the garden flowers in the rays of the rising sun.  In this serenity, there was time to make the plans for each new day while investing precious time in their lifelong relationship and planning their next vacation together in historical Williamsburg.

Visitation will be held at the Pike Funeral Home, 9191 Red Arrow Hwy, Bridgman, MI, on Friday March 13th from 5-7 pm. A funeral mass will be held on Saturday, March 14th at St. Joseph Catholic Church, 220 Church St, St Joseph, MI, at 10:30 am. Burial will be  in Riverview Cemetery, St. Joseph, immediately following the mass.  In lieu of flowers, donations may be made to the:

To order memorial trees or send flowers to the family in memory of Frank Nekic, please visit our flower store.