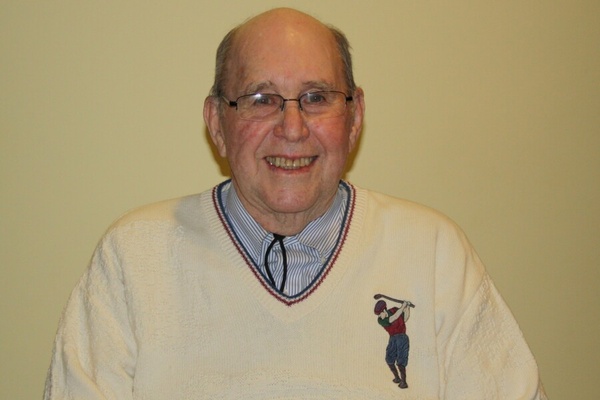 Frank William Owen went to be with his Lord and Savior Sunday, February 6th, 2022 in Holland, MI.

He was husband to Muriel Margaret Burnham Owen for over 65 years until her passing in 2015. Formerly of St. Joseph, MI, Frank was born April 6th 1927 to the late James Phillips Owen and Vivian Loretta Dean Owen in Benton Harbor and grew up on a small fruit farm in the area. After serving in the South Pacific with the Navy in World War II, Frank earned multiple degrees from Michigan State University and worked on a PhD at the University of Illinois.  Frank had a successful career in both academia and private enterprise as a renowned production horticulturist, specializing in top fruits (pomology).  Due to the respect and admiration he earned serving the industry, he was inducted into the Illinois State Horticultural Society Hall of Fame. Frank was a very generous man with both his time, talent and money. He was a skilled Master of Ceremonies, a gifted teacher and mentor leading many classes teaching scripture, business and horticulture. Frank never met a dog he didn’t like and enjoyed the sport of golf from the links of Scotland to his favorite local courses.  Both Frank and Muriel had a special place in their hearts for Lake Michigan and the coast of Maine. Most importantly, Frank loved his wife and family.

In addition to his wife Muriel and his parents, Frank was predeceased by two brothers, Dean Owen and Donald Owen.  Interment will be private.  In lieu of flowers, any donations may be made to Hospice of Holland (www.hollandhospice.org) or your local animal shelter.

To order memorial trees or send flowers to the family in memory of Frank Owen, please visit our flower store.