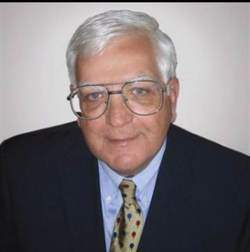 Francis "Frank" Theodore Pastrick, 65, of St. Joseph, passed away peacefully in his sleep on Tuesday, May 27, 2014 at Hanson Hospice House in Stevensville, MI.

The funeral service will be held at 11:00 AM on June 2, 2014 at First Church of God, 2627 Niles Avenue, St. Joseph. Pastor Bob Confer will be officiating. Burial will follow the funeral at Riverview Cemetery. Visitation will be held from 2-5 PM on June 1, 2014 at Pike Funeral Home, Boyd Chapel, 9191 Red Arrow Hwy, Bridgman, where a prayer service will be offered at 2 PM by Fr. James Morris. In lieu of flowers, memorials may be directed to the Frank Pastrick Memorial Scholarship Fund at any United Federal Credit Union. On line condolences accepted at www.PikeFH.com

Frank was born in St. Joseph, Michigan on January 10, 1949. He graduated from St. Joseph Catholic High School and completed one year of study at Lake Michigan College before deciding to start his career in the auto industry to support his family.

Frank knew the importance of hard work and valued the ability to be able to provide for his family. From an early age, Frank could be seen around downtown St. Joseph shoveling snow and washing windows for local merchants, shining shoes at his uncle’s shoe repair shop, selling flowers, fruits and vegetables out of his wagon, or selling tweetie-birds and caramel apples at the Blossomtime parade. Many of those same customers who came to Frank for a shoeshine or produce would later become loyal customers at Frank Pastrick Chevrolet.

Not only did Frank go on to have 29 successful years as a Chevrolet dealer, but he also found ways to continually serve the community. Frank was actively involved in the United Way, Twin Cities Area Chamber of Commerce, Community Economic Development Corporation, and Optimist’s Club. Frank served on the boards of both Lake Michigan College (Chairman of the Board) and St. Joseph Public Schools (President of the School Board). He also supported the career education program at Benton Harbor area schools by donating cars and fostering a mechanic-mentoring program for students.

Frank is survived by his wife Cathey, his children Anthony (Lesley), Michael (Jessica), and Catherine and numerous nephews and nieces. He is also survived by his brothers Tony, Ed and Gene, half-brothers Dan and Jerry, and half-sister Gloria.

Frank is preceded in death by his parents Edward Pastrick and Marie (Bertuca) Pastrick Olney, half-sister Sharon and half-brother Don.

To order memorial trees or send flowers to the family in memory of Frank Pastrick, please visit our flower store.