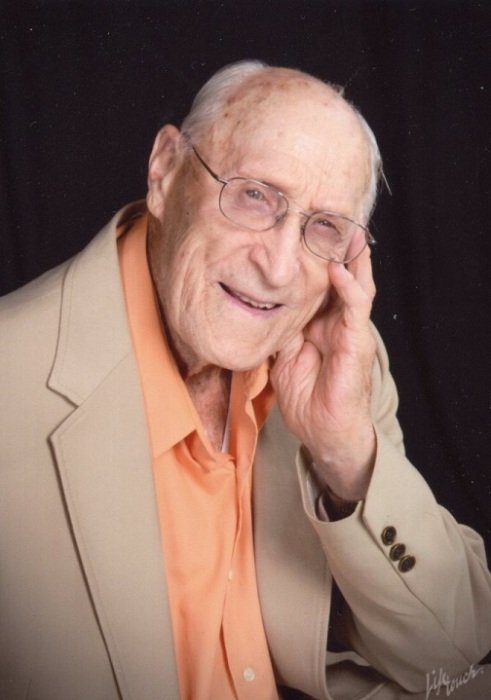 Mass of Christian Burial will be held at 11AM Monday, August 20, 2018 at St. Agnes Catholic Church, 5760 Sawyer Road, Sawyer. Friends may meet with the family from 2 - 4 PM Sunday, at Pike Funeral and Cremation Services, the Boyd Chapel, 9191 Red Arrow Highway, Bridgman, where a prayer service will be held at 2 PM. Memorial contributions may be given to Hospice at Home, 4025 Health Park Lane, St. Joseph, MI 49085. Online condolences accepted at www.PikeFH.com

Frank was born Monday, October 7, 1918  in Neillsville, WI, the son of the late Alfons and Mary (Kaczor) Wucki. He was a US Army Air Corp. veteran of WWII. Frank retired as an operating engineer for Rosetti Construction Company. He was a lifetime member of the Operating Engineers Local 150. In 1946 he married Emily Slobodecka and she preceded him in death in 1973. In 1975 he married Anne Higgin and she preceded him in death in 2013. He was a member of St. Agnes Catholic Church in Sawyer and Our Lady of Grace Catholic Church in Chicago.

Frank was also preceded in death by brothers, John and Leo Wucki, and sisters, Jean Davis and Frances Fox.

To order memorial trees or send flowers to the family in memory of Frank Wucki, please visit our flower store.
Send a Sympathy Card