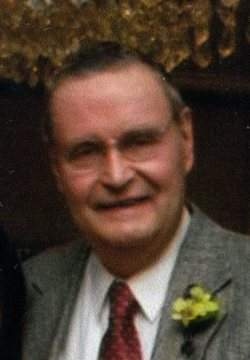 There are no scheduled services at this time.

Fred was born June 11, 1934 in Chicago, Illinois the son of the late Frederick H. and Olga (Rohweder) Bautz. On May 10, 1958 Fred married Carol Kickert, they were married 30 years and she preceded him in death on January 4, 1989. He graduated from Purdue University. He was an All American swimmer and was the first backstroke swimmer to letter as a freshman all four years. He was a 62 year member of Kappa Sigma Fraternity. Fred was a Manager, Mechanical Engineer at Continental Can in Chicago, which became Crown Cork & Seal. Fred was a woodworker and a woodcarver. He enjoyed spending time with his family and friends.

Fred was also preceded in death by his sister and her husband: Carol (Joe) Hennings

No scheduled services at this time

To order memorial trees or send flowers to the family in memory of Frederick Bautz, please visit our flower store.