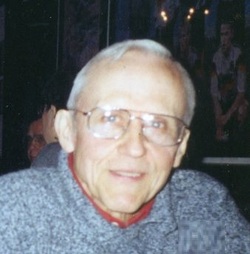 
Fredrick Herman Kinsel, 76, of Buchanan passed away on Wednesday, Oct. 26, 2016, at Bronson Methodist Hospital in Kalamazoo.

A brief service will be held at 7:30 p.m. Tuesday, Nov. 1, 2016, at Pike Funeral and Cremation Services, The Boyd Chapel, 9191 Red Arrow Highway, Bridgman. Friends may meet with the family from 6-7:30 p.m. at the funeral home before the service. Burial will be in Weesaw Township Cemetery on Cleveland Avenue. As an expression of sympathy memorial contributions may be given to Pennies For Patients, Berrien County Cancer Service, 7301 Red Arrow Highway, Stevensville, MI 49127. Online condolences and a live stream of the funeral service at www.PikeFH.com.

Fred was born April 3, 1940, in Benton Harbor, the son of the late Fredrick and Minnie (Hebner) Kinsel. He served his country in the U.S. Army. He married Polly Smith who preceded him in death Jan. 26, 1995. Fred worked at Paramount until it closed and retired from Shawnee Specialty. He loved to garden and had a green thumb for raising cherry tomatoes. He enjoyed playing chess and teaching others how to play. Fred was an avid reader of all kinds of science fiction, genealogy, and health related books. He liked to do most anything, but Fred’s priority in life was focused on his grandchildren.

Fred was also preceded in death by sister, Marie Strandberg; and half sister, Elsie Smilke.

To order memorial trees or send flowers to the family in memory of Fredrick Kinsel, please visit our flower store.
Send a Sympathy Card