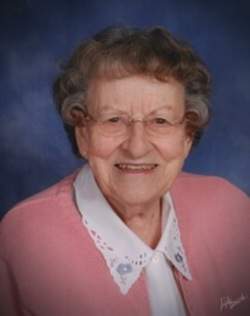 Funeral Services will be held at 1:00 PM on Monday, June 8 at Pike Funeral Home, Boyd Chapel, 9191 Red Arrow Hwy., Bridgman. Friends may meet with the family from Noon until the time of the service on Monday at the funeral home. Memorials may be given to the Detroit Rescue Mission, PO Box 312087 Detroit, MI 48231-2087 or the Salvation Army, 16130 Northland Dr. Southfield, MI 48075.

Geneva was born on February 16, 1923 in Benton Harbor, daughter of the late Walter B. and Elda Pearl (Lambert) Ackerman. She graduated of Bridgman High School and attended Henry Ford Nursing School in Detroit. On December 3, 1949 she married Victor Mathieu and they relocated to the metro Detroit area in the early 1950's. He preceded her in death on December 14, 1971. She retired from Macomb Community College where she was a Library Clerk. Geneva attended First Presbyterian Church in Mt. Clemens and previously Olivet Congregations Church, Bridgman and Erin Presbyterian Church. She was an avid reader and enjoyed studying Scripture, traveling, going out with family and friends, and walking the beaches of Lake Michigan and Lake Huron.

To order memorial trees or send flowers to the family in memory of Geneva Mathieu, please visit our flower store.