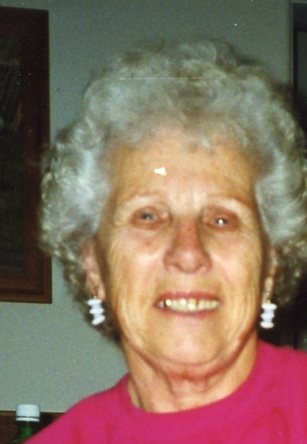 A Mass of Christian Burial will be held 11 AM Tuesday, March 17, 2020 at Our Lady Queen of Peace Catholic Church, 3903 Lake Street, Bridgman,  with Father Arthur Howard as Celebrant.  Friends may meet with the family from 5 - 7 on Monday, where there will be a Rosary at 6 PM at Pike Funeral Home, Boyd Chapel, 9191 Red Arrow Hwy., Bridgman. Burial will be in Graceland Cemetery, Bridgman. As an expression of sympathy, memorial contributions may be given to  Our Lady Queen of Peace Food Pantry.

Genowefa was born Tuesday, December 1, 1925 in Poland,  the daughter of the late Paul and Mary  Weligus. She met John Gorka in May 1945 and married him in a displaced camp on August 6, 1946, he preceded her in death on February 16, 2011. They moved to the United States  in 1949 and became citizens in 1956.  They moved to the Date Farm and enjoyed farming and raising animals. Genowefa has been a member of Our Lady Queen of Peace Catholic Church for 56  years.

To order memorial trees or send flowers to the family in memory of Genowefa Gorka, please visit our flower store.