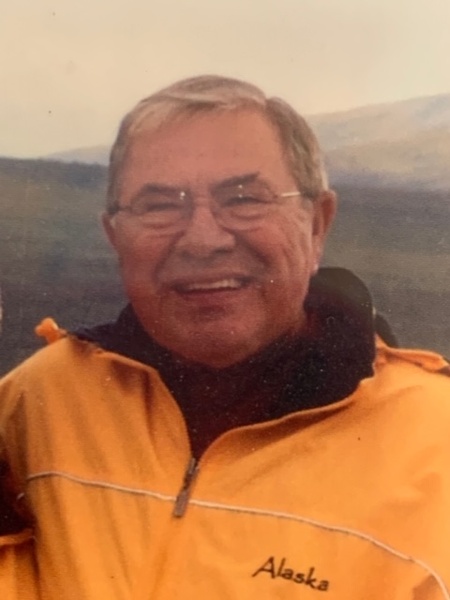 George was born on January 22, 1939 in Glendora, MI to Albert and Emily (Busick) Zielke.  Born and raised on the family farm he was one of four children. He graduated from New Troy High School.  After graduation from high school, George worked at several area manufacturing plants, including Paramount Die Cast and VM Corporation.  He eventually worked at Wollin Products in Stevensville where he started his long career in plastics.  He was promoted up into the office and eventually worked in sales.

On January 25, 1958 he married Loretta Hauch and she preceded him in death on May 4, 2010.  They shared 52 years together. In 1989 George and Loretta started Empire Molded Plastics in Benton Township.  They continued to run and grow the business until their retirement in 2004.

During his lifetime George was a fast pitch softball player, avid golfer and fisherman.  He loved working outside and was very proud of his garden and fruit trees. He loved spending time with his grandsons and was always flanked by his dog JJ, a rescue Yorkie.

George was a cancer survivor of 14 years and spent his time regularly attending cancer support groups to share his story with others and help them. In 2011 he married Sue (Taylor) Hanselman, who remained by his side until his passing.

He will be remembered as a caring and gentle person with a strong work ethic, fantastic smile and his constant sense of humor and he will be missed by many.

To order memorial trees or send flowers to the family in memory of George Zielke, SR., please visit our flower store.