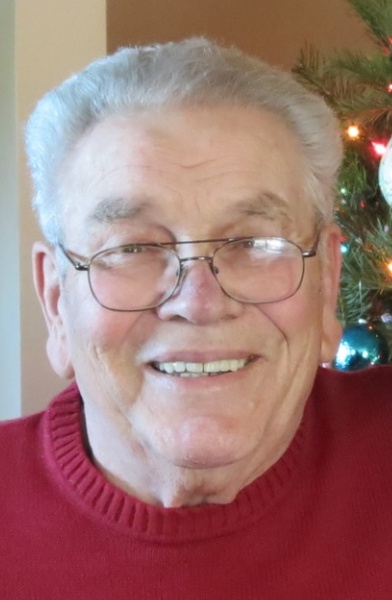 A funeral service  will be held at 11 AM, Wednesday, October 3, 2018 at the Boyd Chapel of Pike Funeral and Cremation Services, 9191 Red Arrow Highway, Bridgman Friends may meet with the family from 10 - 11 am prior to the service.  Memorial contributions can be made to Faith United Methodist Church. Online condolences accepted at  www.PikeFH.com.

Gary was born June 24, 1933 in Medaryville, Indiana the son of the late Orville and Neva  (Gulliver) Jones. On April 28, 1956 he married Charlene Alyce Smith. Gary served  and was a rifle instructor in the United States Marine Corp.  He was a police officer with the Benton Harbor Police Department in the early 60's and from 1963, until his retirement in 1993 was a reliability engineer for Clark Equipment.  He fully loved his family, especially his grand and greatchildren. Gary was a member of the Bridgman American Legion, Post 331. Gary loved riding, working on his John Deere tractors and whittling.

Gary was also preceded in death by three brothers: Lowell, Richard and Leslie.

To order memorial trees or send flowers to the family in memory of Gerald "Gary" R. Jones, please visit our flower store.