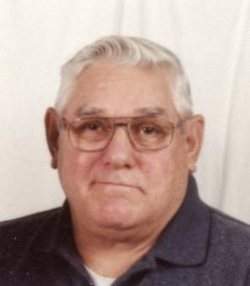 A funeral service will be held 11 AM Wednesday, August 10, 2016 at Zion United Church of Christ, 9100 Church Street, Baroda, with Reverend Christopher Noffke officiating. Friends may meet with the family from 10 - 11AM prior to the service at the church. Memorial contributions may be given to Zion United Church of Christ, PO Box 10, Baroda, MI 49101.

Howard was born November 22, 1934 in Berrien Springs the son of the late Orville and Gladys (Steinbauer) Gaul. He served his country in the United States Army and was a member of the American Legion Baroda Post 345. On February 7, 1955 Howard married Betty Ruth Trapp. He was a home builder, as well as the Building Inspector for Chikaming, Galien, and Baroda Townships.

Howard was also preceded in death by an infant son - Darin, and his brother - Warren.

To order memorial trees or send flowers to the family in memory of Howard Gaul, please visit our flower store.