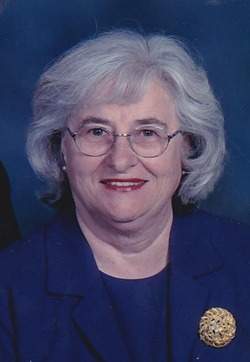 Ida was born May 1, 1941 in Wola Buczkowska, Germany the daughter of the late Herman and Linda (Scheibler) Spitzke. On September 4, 1965 she married Peter Wolf. She had served as the Baroda Village Clerk.

To order memorial trees or send flowers to the family in memory of Ida Wolf, please visit our flower store.