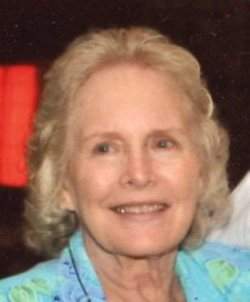 Jacquelyn Louise Conrad, 83, of Sawyer passed away on Friday, December 5, 2014 at Riveridge Manor in Niles.

A memorial service will be at 11 AM, December 13, 2014 at Pike Funeral Home, Boyd Chapel, 9191 Red Arrow Highway, Bridgman. Friends may meet with the family from 10 until the time of the service. Her place of final rest will be at Graceland Cemetery, Bridgman. Memorial contributions may be given to Hospice at Home, 4025 Health Park Lane, St. Joseph, MI 49085.

Jacquelyn was born August 8, 1931 in Bloomington, Indiana the daughter of Arthur and Edith (Sharon) Young. On August 19, 1973 she married Orville Conrad and they shared over 38 years together. He preceded her in death on April 24, 2012. She was a member of the Chikaming Seventh-Day Adventist Church of Sawyer.

Jacquelyn was preceded in death by her sister Maxine Kerchner.

To order memorial trees or send flowers to the family in memory of Jacquelyn Conrad, please visit our flower store.