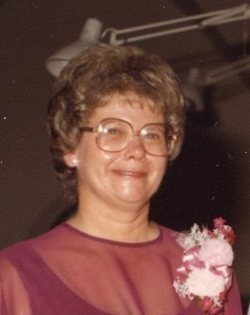 Funeral Services will be held 11 AM Wednesday, June 10, 2015 at Pike Funeral Home, Boyd Chapel, 9191 Red Arrow Hwy, Bridgman with Father Arthur Howard officiating. Burial will be in Graceland Cemetery, Bridgman. Visitation will be from 10 - 11 AM prior to the service at the funeral home. Memorial contributions may be given to Marie Yeager Cancer Center, 3900 Hollywood Rd., St. Joseph, MI 49085.

Jacquelyn was born December 6, 1934 in Grandville, Michigan, the daughter of the late Clarence and Priscilla Tambke. Jacquelyn was a teller for NBD/Chase Bank in Benton Harbor from 1986 until 2002. She also worked at the Hall of Cards and Books in the Fairplain Plaza. Jacquelyn enjoyed reading and tending to her flowers.

Jacquelyn was also preceded in death by a son: Daniel Nehring in 2001; and a granddaughter: Emily Boyd-Sarno in 2013.

To order memorial trees or send flowers to the family in memory of Jacquelyn Nehring, please visit our flower store.