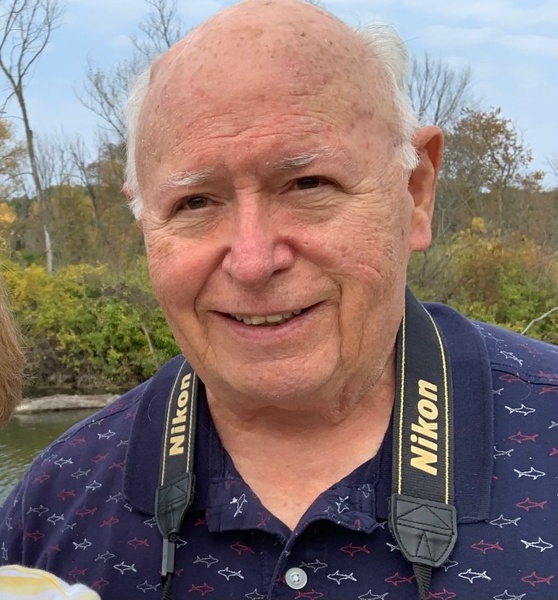 James Anthony Bembenek, 77, of Bridgman passed away peacefully on January 22, 2022 at his home.

A funeral service will be held at 11 AM Thursday, January 27, 2022 at Pike Funeral and Cremation Services, Boyd Chapel, 9191 Red Arrow Hwy, Bridgman, with Reverend Christopher Noffke, officiating. Friends may meet with the family from 2 -7 PM on Wednesday, January 26, 2022 at the funeral home. Memorial contributions may be given to St. Joseph Lion’s Club - Camp Leo Fund, P.O. Box 352 St. Joseph, MI 49085 or Hospice at Home, 4025 Health Park Lane, St. Joseph, MI 49085. Online condolences and live stream can be found at www.PikeFH.com.

James was born on August 15, 1944 in Springfield, Massachusetts, the son of the late Walter and Vivian (St. Peter) Bembenek. On July 6, 1968 he married Margaret Companion and they shared 53 years together. Jim was the former band director of Bridgman and Lakeshore Public School Districts. He was also the director of technology at Berrien RESA. Jim was a member and past president of St. Joseph Lion’s Club. He was the past Mayor and Counselman for the City of Bridgman. He was also the President of the Michigan Association for Computer Users in Learning. Jim played in polka bands for 40 years and was a member of the St. Joseph Municipal Band. He was a member of the Michigan State University Marching Band and in 1966, performed in the Rose Bowl Parade. Jim’s biggest joy was his family.

To order memorial trees or send flowers to the family in memory of James Bembenek, please visit our flower store.