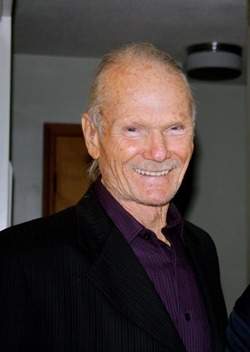 A Celebration of Life will be held 2 PM Sunday, December 3, 2017 at Pike Funeral and Cremation Services, The Boyd Chapel, 9191 Red Arrow Hwy., Bridgman, with Pastor Chris Spitter officiating. Friends may meet with the family from 1 PM until the time of the service at the funeral home. Memorial contributions may be made to the First Church of God CARS Ministry, which provides transportation to individuals so they may maintain their employment.


James was born on May 9 1937 in Orlando Florida to Henry Alexander and Jennie Lynn (Clarke) Braddock. Spending his early childhood at Torrey Island on Lake Okeechobee. Later moving to Miami Florida for most of his school years. At the age of fourteen they relocated to Monterey Mexico where his father attended Medical School on the GI Bill. While attending Columbia Union College in Washington DC he met his first wife Cherie Lee Beavan Marrying in 1957. He remarried in 1972 to Sandra Louise Repke. He and his brother Henry founded St. Joe Tool Company in 1965 in Berrien Springs later moving their growing business to Bridgman in the late sixties. James had a contagious zest for life that was expressed through participating in adrenaline based sports. Winning local and occasional national trophies on Motorcycles, Cars, Dune Buggies, Snowmobiles, Go Karts and even Bicycles. He also excelled at wind-sports including Sailing, Windsurfing and above all others Hang Gliding. Founding in 1973 The Midwest School of Hang Gliding at Warren Dunes and remaining a pioneer in the sport for many years. His proficiency at the sport led to a series excellent adventures and record flights on mountain ranges and coastal cliffs throughout the continental US. Eventually scoring a second place at the 1977 US National Hang Gliding Championships behind his brother Henry who WON! His love for adventurous play influenced many many others to abandon more conventional pursuits in favor of a life in the sky... Much of his final decades were devoted to an enthusiastic search for higher forms of consciousness; Sharing his discoveries with others was his greatest joy.

To order memorial trees or send flowers to the family in memory of James Braddock, please visit our flower store.