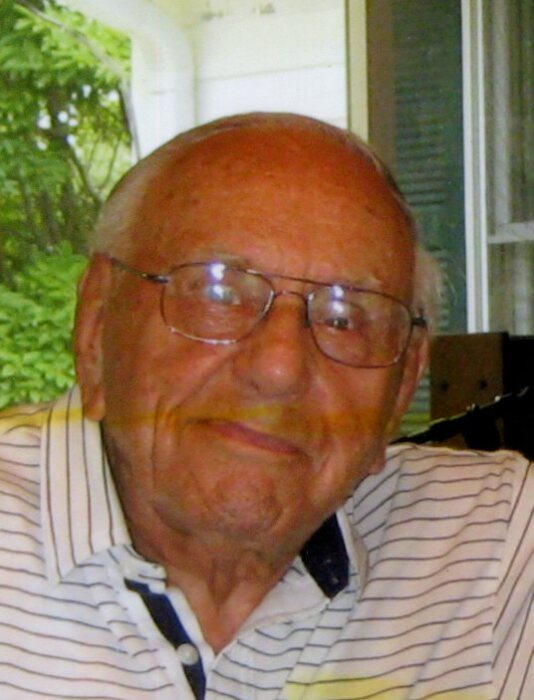 James Howard Cooper, 101 of Bridgman passed away peacefully Tuesday, December 29, 2020 at his home in the care of his family.

Funeral services and military rites will be held 2 PM Wednesday, January 6, 2021 at Pike Funeral and Cremation Services, Boyd Chapel,  9191 Red Arrow Highway, Bridgman with Reverend David Londot, Sr. officiating.  Friends may meet with the family from 1 -2 PM prior to the service. Burial at Greenwood Cemetery in Petoskey, 10 AM Friday, January 8th.  Memorial contributions can be made to Hospice at Home, 4025 Health Park Lane, St. Joseph, MI 49085. Online condolences accepted at  www.PikeFH.com.

James was born March 7, 1919 in Levering, MI, the son of the late Royden and Esta (Williams) Cooper.  On August 3, 1940 he married Eva-Mae Pulsipher and she preceded him in death on April 30, 2018. Following his graduation from Petoskey High School in 1937 he joined the U.S. Navy and was a veteran of World War II. Jim and Eva  resided in Petoskey unitl 1951 when he accepted a position with Eaton Corporation in Battle Creek. He retired from Eaton Corp. in Cleveland after 31 years of service in 1982.  He has lived in Bridgman since 1997.

Jim was also preceded in death by a daughter: Marjorie Carlson.

To order memorial trees or send flowers to the family in memory of James Cooper, please visit our flower store.
Send a Sympathy Card