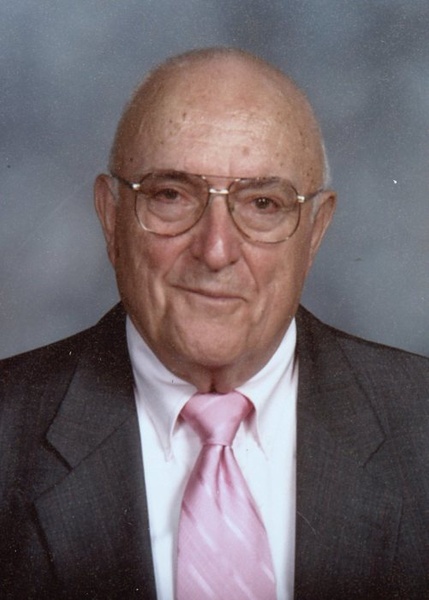 James Elias passed away on Saturday, August 24, 2019 peacefully at his home in Sawyer, Michigan.

Born an American Citizen in Rase Levore, James grew up in Tciasticia, Argyrocastro, Albania, a Greek speaking village of Epirus just over the border from modern day Greece. James Elias departed Albania to join his father Charles Demitri Elias in the United States on April 7, 1939, the day that Italy invaded Albania. Charles was a disabled World War I veteran and an informal 'counsel general' to Epirotes in Chicago. James served in the U.S. Army during World War II, and was based in Alaska to defend the Aleutian Islands. Unfortunately the "iron curtain" fell across Europe and his mother, Nifodora Stratos and sister, Kitsa (Elias) Botsis would not be able to join the family in America until the communist dictatorship in Albania fell in 1990.

After the war Elias put the procurement and management skills he learned in the military to use in the entertainment field. And as a young man he worked on Chicago’s Gold Coast, at the famous Chez Paree, one of the most popular supper clubs and live entertainment venues in the country. He frequently rubbed elbows with such greats as Nat King Cole, Sammy Davis Jr., Jimmy Durante, Lena Horne, Dean Martin, Danny Thomas, and Sophie Tucker, just to name a few. Later he operated the El Mocambo Club, a night club near Chicago's vibrant West Town.

Early in 1950 he saw the potential of the airline's services industry and moved to Belleville, Michigan, where his first wife's family lived. James then began a lifelong career of feeding the public, airline passengers and crews working for Al Green Enterprises. His first job in Michigan was at the Willow Run Airport in Ypsilanti, Michigan. He was then transferred to Cobo Hall, now known as the TCF Center in Detroit, Michigan. Later on, Mr. Elias worked for Host/Marriott at the Detroit Metropolitan International Airport. When he retired from the Marriott Corporation he had become known as a highly valued organizer and innovator within the airline food services industry, and was awarded the Marriott "Super Gold Card" privileges for life. His humor, honor, warm smile and respect for the hard worker, no matter their station, will long be remembered.

In the 1970’s, James decided to try his hand in the political arena. He ran for the office of Van Buren Township Supervisor, losing by only a handful of votes. Years later, after the fall of the communist dictatorship in Albania, he once again became a public service activist by helping other Greek-speaking Epirotes file their claims with the U.S.'s Albanian Settlement Commission. His own family's claim became notable because he chose to travel to Washington, D.C. and to testify before the ASC who then approved his claim and many others as a result.

Once travel to Albania was again allowed to U.S. Citizens, Elias returned to Albania to relocate his sister Kitsa and her family into Greece. His sister Kitsa preceded him in death. James was married twice. He was married on June 14, 1949 to his first wife Olga (Gola) Elias. She was born in Detroit, Michigan to Wojieck and Mary Magdalene Gola in 1928. She died in 1994. They have one daughter, Nifodora Elias, former owner of the Scarlet Macaw Community Art Center in Sawyer, Michigan, and two grandsons, David Andrew (Jazmin Garcia) Krumrie II and Cristian James Krumrie.

As a widower in 1991, James met Constance (Zarpalas) Zotos again. He had known her family in the village of Tciasticia, and would fondly recall his image of her as a small child sitting on the back of a burro, the day he began his journey to the United States. James and Connie married on June 17, 2000. Connie was the mother of three sons; Steve (Diane) Zotos, Dean (Laura) Zotos, and Ted (Michelle) Zotos. Her grandchildren are; Michael (Caroline) Zotos, Nicole (Brian) Johnson, AJ Zotos, Leanne Zotos, Kelly Zotos, and Anna (Bedo) Abdelmoneim. And her great-grandchildren are; Alli, Natalie, and Daniela Johnson. Living together in Clinton, Township, Michigan and Hollywood, Florida they engaging rigorously in their favorite activities and domestic life until Connie passed in 2018. James Elias was a dedicated mentor to Stephen Pantos of Topeka, Kansas and the loving godfather of Lettie Pantos of Chicago, Illinois. Frequently asked, if he were to reflect back on his many years and what he would have changed, his answer was, “Nothing. I just would have done more of it.” As the stoic patriarch of a blended family, his eternal legacy will be unconditional love, patience and humor.

A service for friends and family will be held at his graveside at the Cadillac Memorial Gardens East, 38425 Garfield Road, Clinton Township, Michigan at 2:00 p.m. on Friday, August 30, 2019. The memorial will be attended by Father Nickolas Kyristes Proistamenos of St. John the Baptist Greek Orthodox Church of Sterling Hts., Michigan.  Memorial contributions may be made to Hospice at Home 4025 Health Park Ln., St. Joseph, MI 49085.

To order memorial trees or send flowers to the family in memory of James Elias, please visit our flower store.