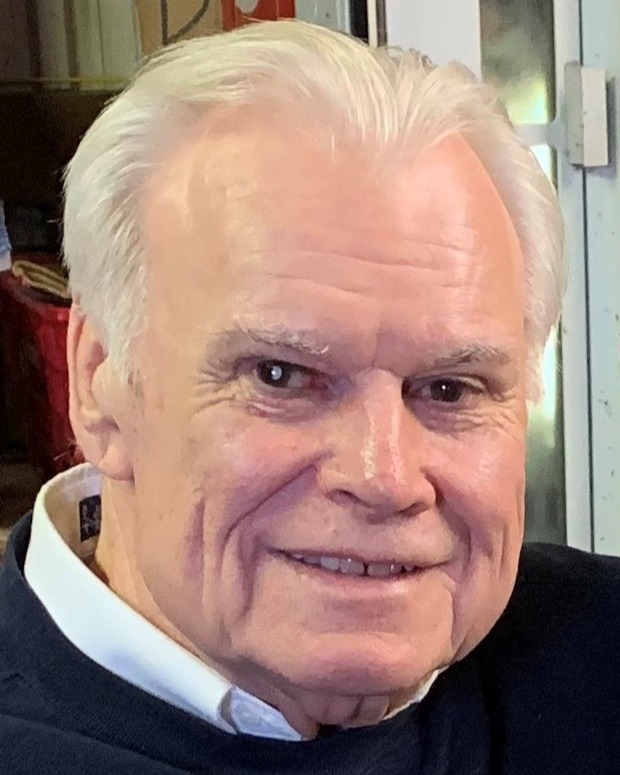 A memorial service will be held 11 AM, Saturday, December, 3, 2022 at Pike Funeral Home, Boyd Chapel, 9191 Red Arrow Hwy, Bridgman. Friends may meet with the family Friday December 2 from 6-8 PM at the Three Oaks American Legion or Saturday from 10-11 AM prior to the service. In lieu of flowers, memorial contributions may be made to the Hanson Hospice Center or to the Three Oaks American Legion Post 204. Online condolences accepted at www.PikeFH.com.

Jim was born October 28, 1942 in Muncie, Indiana the son of the late Oscar and Bertha (McClain) Hall. After graduating from Royerton High School in 1960, he moved to Three Oaks and began working for his sister and brother-in-law at Fred First Ford while playing basketball at Benton Harbor Community College.

Jim was a friend to everyone and built many life-long relationships through his passion for the auto industry and sports. He owned and operated Jim Hall Ford from 1968 through 1993 before retiring from Sieman’s Ford in 2015. Jim was an avid golfer, serving twice as President of Chikaming Country Club and was a founding Member of Lost Dunes Golf Club. Jim was a member of the American Legion Post 204 where he will be missed by so many.

Jim was also preceded in death by six sisters.

To order memorial trees or send flowers to the family in memory of James "Jim" Dean Hall, please visit our flower store.