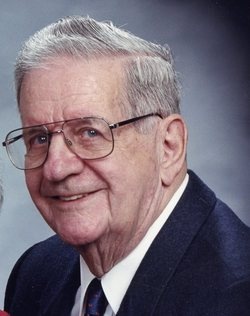 There are no services scheduled at this time and the family will be remembering him privately.

James was born March 29, 1921 in Dayton Ohio, the son the late William and Katherine (Regan) Miller. He was married to Pauline G. Mullinix and she preceded him in death on June 5, 2005. James was a bus driver for Grayhound and a faithful member of the Zion United Church of Christ, Baroda. He worked at the Bridgman American Legion until he was 85 years old. After moving to Chicago in 1957 he worked for Dana Corporation as a machinist and was the local union steward. After retirement he enjoyed traveling around the world with his son Bill and family.

To order memorial trees or send flowers to the family in memory of James Miller, please visit our flower store.